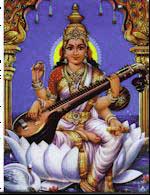 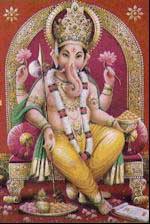 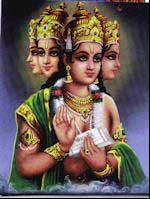 The word "Hindu" is of Persian origin and means "Indian."  Hinduism claims nearly 1 billion followers worldwide.  Approximately 80% of India's population is Hindu. There are approximately 1.3 million Hindus in North America according to a 1993 census in Encyclopedia Britannica 1999.  There are approximately 200 Hindu temples or Hindu centers in the U.S. (www.probe.org/docs/hindu.html).  Hinduism is the root of Buddhism as Buddha (Gautama) was raised in Hinduism and drew heavily from its philosophies. Hinduism by its nature is eclectic, as it has no definable beginning or founder. Hindus have a saying: "Ekam Sataha Vipraha Bahudha Vadanti," which may be translated: "The truth is One, but different Sages call it by Different Names" Hinduism like all other non-Christian religions accept various ideas of "God" and cannot define a true saving relationship with the God of heaven and creator of us all.

I). History and Roots of Hinduism:

Hinduism's Roots Are From 2 Systems:

Its Roots Are Vedic.
"The religion of the Aryans is described in the writings of "holy men" contained in the Vedas (meaning "knowledge" or "wisdom"). The Vedas are four collections of writings composed between about 1500 and 500 B.C., which form the basis for Hindu beliefs, and which reveal a gradual development of religious ideas. The later sections of the Vedas are known as the Upanishads. These Vedic writings are considered inspired. Later Hindu writings, including the renowned Bhagavad Gita" (www.probe.org/docs/hindu.html)

Hinduism is marked by the worship and belief in many forms of "God."  There are nearly 330 million deities in the Hindu belief structure making it difficult to define a major belief system.

While Hinduism has a diversity of beliefs, some common beliefs can be found:

The Hindu concept of God is best described by the series "Star Wars" and its idea of "The Force."  It is this idea of an undefined "higher power" that has influenced much of Western culture from Alcoholics Anonymous' "God who you perceive Him to be" and Masonry's "great architect."  All of these are a generic "God" that can be anything one chooses Him to be rather than the clearly defined God of Scripture.

III). A Biblical Response to Hinduism.

"For though there be that are called gods, whether in heaven or in earth, (as there be gods many, and lords many,) 6 But to us there is but one God, the Father, of whom are all things, and we in him; and one Lord Jesus Christ, by whom are all things, and we by him."
(1 Corinthians 8:5-6 KJV) "And the serpent said unto the woman, Ye shall not surely die: 5 For God doth know that in the day ye eat thereof, then your eyes shall be opened, and ye shall be as gods, knowing good and evil." (Genesis 3:4-5 KJV)  "Not by works of righteousness which we have done, but according to his mercy he saved us, by the washing of regeneration, and renewing of the Holy Ghost;"
(Titus 3:5 KJV)
Return to Biblebelievers.com